Csilla Veress, N.D., L.Ac is a Naturopathic doctor and Licensed Acupuncturist at TrueNorth Health Center in Santa Rosa, California. She received her Master’s in Acupuncture and Oriental Medicine, and her Doctorate in aturopathic medicine from Bastyr University. While in medical school, Dr. Veress completed a two-year internship in cancer research at Bastyr Integrative Oncology Research Center. She has completed additional training in Classical Homeopathy at the New England School of Homeopathy and advanced comprehensive neurotransmitter training at/from Institute of Neurotransmitter Science. Dr. Veress is passionate about preventative care, and emphasizes nutrition-based medicine. She implements natural hygiene and a Naturopathic medical approach, supporting patients to heal their bodies through lifestyle, food, and water fasting.

Parkinson’s disease is a progressive and debilitating neurological disorder that affects one million Americans and more than four million people worldwide. It is not known exactly what causes Parkinson’s disease (PD) and it is without a cure.

According to the National Institute of Neurological Disorders and Stroke, PD affects more men than women (by 50%), and is found more often in older people (60 years old on average, although “early onset” can occur before age 50). Total risk is 2 to 5% unless a family member has a known gene for the disease.

Knowing exactly how many cases of PD exist is difficult (the estimate is about 50,000 a year in the U.S.) since in the early stages many people think that their symptoms reflect normal aging, so they don’t consult their doctors. Other health conditions may also present symptoms similar to PD (there is no definitive test to find out if someone has the disease).

Tremors in the arms or legs are considered the hallmark of Parkinson’s, though the disease inevitably progresses. As motor control diminishes, simple tasks like writing and walking are typically the first to go. Patients eventually become wheelchair-bound and suffer from dementia. But perhaps most disturbing is that Parkinson’s disease responds poorly to conventional therapy.

Click on the file link below to read the full article. 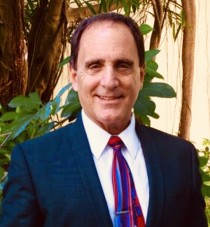 Dr. Frank Sabatino is the past Health Director of the Shangri-La Natural Hygiene Institute, the Regency Health Spa in Hallandale, FL, the… read more
END_OF_DOCUMENT_TOKEN_TO_BE_REPLACED