Background: Hypertension-related diseases are the leading causes of morbidity and mortality in industrially developed societies. Surprisingly, 68% of all mortality attributed to high blood pressure (BP) occurs with systolic BP between 120 and 140 mm Hg and diastolic BP below 90 mm Hg. Dietary and lifestyle modifications are effective in the treatment of borderline hypertension. One such lifestyle intervention is the use of medically supervised water-only fasting as a safe and effective means of normalizing BP and initiating health-promoting behavioral changes.

Methods: Sixty-eight (68) consecutive patients with borderline hypertension with systolic BP in excess of 119 mm Hg and diastolic BP less than 91 mm Hg were treated in an inpatient set-ting under medical supervision. The treatment program consisted of a short prefasting period (approximately 1–2 days on average) during which food consumption was limited to fruits and vegetables followed by medically supervised water-only fasting (approximately 13.6 days on average). Fasting was followed by a refeeding period (approximately 6.0 days on average). The refeeding program consisted of a low-fat, low-sodium, plant-based, vegan diet.

Results: Approximately 82% of the subjects achieved BP at or below 120/80 mm Hg by the end of the treatment program. The mean BP reduction was 20/7 mm Hg, with the greatest decrease being observed for subjects with the highest baseline BP. A linear regression of BP decrease against baseline BP showed that the estimated BP below which no further decrease would be expected was 96.0/67.0 mm Hg at the end of the fast and 99.2/67.3 mm Hg at the end of refeeding. These levels are in agreement with other estimates of the BP below which stroke events are eliminated, thus suggesting that these levels could be regarded as the “ideal” BP values.

Conclusion: Medically supervised water-only fasting appears to be a safe and effective means of normalizing BP and may assist in motivating health-promoting diet and lifestyle changes.

Click on the file link below to read the full article. 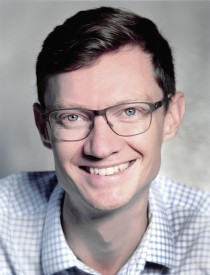