This article originally appeared in the Winter 2016 issue of Health Science magazine, the member magazine of the National Health Association.

Gracie Yuen D.C. started seeking answers to her own health questions in the 1990s, including chronic respiratory infections, allergies, fatigue, and a genetic anemia. She read Fit for Life and started reading Health Science magazine cover to cover. Her own health turned around as she changed her diet, fasted, and rested. She then decided to obtain a B.S. degree in Nutritional Sciences from the University of Wisconsin-Madison, and went on to complete a Doctor of Chiropractic degree from National University of Health Sciences in 2010. She has been working at TrueNorth Health Center for five years. She credits Divine Providence with leading her on this remarkable journey and bringing her where she is today.

Chronic pain is a nemesis that afflicts many people. Consider these scenarios:

Ted, 72, has struggled with lower back pain for years. It prevents him from getting a good night's sleep, and when he walks or stands for just 10 minutes, he gets an excruciating pain down his right leg that makes standing difficult. X-rays showed that he had some lumbar stenosis, so he had back surgery that helped a little at first, but now his pain is worse.

Karla, 40, has been working in a lab hunched over a microscope, but now has so much neck and arm pain with numbness and tingling going down to her hands that she has had to go on disability. Along with taking pain medication, she struggles with depression and is now on an anti-depressant.

Don, 65, has been having more and more difficulty climbing stairs, and getting up and down from a chair due to chronic knee pain. His legs just feel weak. He was told that he has moderate osteoarthritis in his knees and that he needs to lose weight. Just doing his daily tasks is a chore.

Melinda, 32, was rear-ended in a motor vehicle accident five years ago, and has had terrible headaches, neck pain, and stiffness ever since. She also has poor concentration and difficulty finding her words. She has moved to part-time in her job as a legal secretary. Seeing a chiropractor helped her some at first, but she still struggles, especially with headaches.

What do these four individuals have in common? They all have a mysterious pain that remains long after having been to numerous conventional and alternative doctors and practitioners. They have tried everything they can think of, only to be left with their pain medications, which help some, but don’t get to the cause.

What they don't know is that there exists a very common but little known cause of pain that often lurks in the tissues and goes unnoticed during imaging or when lab tests are done. It has been studied and elucidated at great length by astute medical doctors of the past and present, but is largely neglected by the medical community of late.

This pain lurking in the tissues is not a serious condition, but it can completely hijack a life for long periods of time. Amazingly, it has a fairly straightforward remedy. When treated properly, the relief can be absolutely stunning.

Let's explore chronic pain and, specifically, the cause of this little known mysterious and enigmatic pain, and what can be done about it.

Click on the file link below to read the full article, complete with detailed charts. 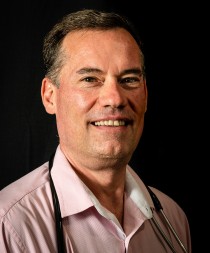 Chris Rhule is a U.S. Navy veteran and physician assistant with over 15 years of experience in cardiovascular medicine and surgery, in both… read more
END_OF_DOCUMENT_TOKEN_TO_BE_REPLACED