Jeff Novick is truly a unique dietitian and nutritionist. With over 24 years of experience in nutrition, health, fitness and natural living, he offers expert health advice distilled into powerful, easy-to-understand language on a variety of current topics.

Jeff’s insightful and humorous approach to nutrition and health has helped thousands worldwide make the transition to healthy living. He holds both undergraduate and graduate degrees from Indiana State University in nutrition, with minors in Exercise Science.

Jeff serves as Vice President of Health Promotion for Executive Health Exams International and lectures at the McDougall Program in Santa Rosa, California and at the Engine 2 Immersion program in Austin, TX.  He is also the Director of Nutrition for the Meals for Health community project, which helps empower low-income families to achieve optimal health. Jeff worked with Whole Foods Market in the development of their Wellness Club program, their healthy eating initiatives and their food rating system.

Jeff has also taught nutrition classes at Indiana State University, Indiana University Medical School, the University of Miami Medical School and for the Florida Academy of Family Physicians, and lectures at medical conferences around the country on a regular basis. While in Indiana he created and taught the Nutrition Education Initiative, a preventive medicine curriculum for medical doctors, residents, and medical students. In recognition of this groundbreaking project, Indiana’s governor awarded him the Indiana State Public Health Excellence in Health Science Award, and Indiana State University awarded him the Graduate-of-the-Last-Decade Award.

He has been interviewed by Newsday, Parade Magazine, Men’s Health, Shape Magazine, Women’s World and has appeared on Fox News, Discovery Health, the Today Show and other media nationwide.  He appeared in the documentary Processed People and the movie Fatboy, which won the best documentary award at the Fort Lauderdale and Queens Film Festivals. 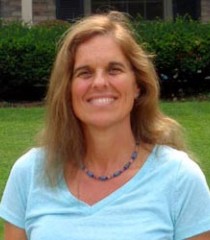 Jamie describes how after 38 years of food addiction and bulimia she gave up chemically addictive foods and went on to recover from bulimia (an illness where the feeling of lack of control in one's life can lead to compulsive overeating followed by vomiting in order to prevent weight-gain).
Read More