Dr. Stephanie Peacock is a chiropractor and staff doctor who specializes in elite athletic fitness coaching, nutritional support for training and competition, and Active Release Techniques. As a former national champion swimmer, Stephanie is ideally suited to advise athletes and “weekend warriors” on how to meet their nutritional requirements during training, how to fuel their bodies for competition, and how to achieve their nutritional needs after working out.

Stephanie has a Bachelor’s degree in Exercise and Sports Science from the University of North Carolina. She balanced academics with competitive swimming in college where she won gold medals at the U.S. Open and World University Games. After graduation, she swam professionally for the Mission Viejo (CA) Nadadores, ending her swimming career as the 2016 U.S. Olympic team alternate in the 800-meter freestyle.

During her chiropractic studies, Stephanie developed a passion for plant-based nutrition. She realized that a whole-plant-food-based lifestyle was what she wanted to make the center of her practice, which ultimately led her to TrueNorth Health Center. She joined the staff in March, 2020, with a desire to help people live longer, healthier lives.

Besides spinal and joint manipulation, Stephanie’s specialty is a soft tissue therapy called Active Release Techniques. It is used to examine, diagnose, and treat problems involving muscles, tendons, ligaments, and nerves in a variety of conditions, ranging from headache and back pain to carpal tunnel syndrome, tennis elbow, and plantar fasciitis. She also utilizes Rock Tape and pelvic blocking techniques, and has taken courses in Mulligan and Activator techniques to be used in place of manual adjusting. She is plant-based nutrition-certified through Cornell University.

Stephanie enjoys hiking, camping, and exploring as many national parks as she can. She loves to cook; one of specialties is creating recipes that are plant based and salt, oil, sugar free. 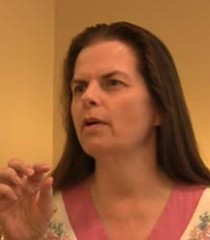 Kevin Gianni of the Renegade Health Show recorded this interview during his stay at TrueNorth Health Center.
Read More