Exclusively plant, whole-food diet for polypharmacy due to persistent atrial fibrillation, ischaemic cardiomyopathy, hyperlipidaemia and hypertension in an octogenarian

Exclusively plant, whole-food diet for polypharmacy due to persistent atrial fibrillation, ischaemic cardiomyopathy, hyperlipidaemia and hypertension in an octogenarian

Polypharmacy is common and associated with negative health outcomes in the elderly. We report the case of an 82-year-old man with a history of polypharmacy due to coronary artery disease, myocardial infarction, ischaemic cardiomyopathy, hyperlipidaemia, hypertension and persistent atrial fibrillation who presented with memory loss, cognitive impairment, fatigue and weakness. His treatment plan included an exclusively plant, whole-food diet and moderate physical activity which resulted in a rapid reduction of hyperlipidaemia and high blood pressure and the discontinuation of statin, antihypertensive and beta blocker drug therapy. The patient also reported reversal of impaired cognition and symptoms associated with atrial fibrillation and ischaemic cardiomyopathy, including light-headedness, fatigue and weakness. This case demonstrates that dietary and lifestyle modifications have the potential to improve symptoms of cardiovascular disease and reduce polypharmacy along with associated negative consequences in the elderly.

To read the full article, click on the file link below:

Exclusively plant, whole-food diet for polypharmacy due to coronary heart disease in an octogenarian.pdf 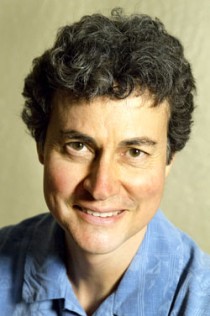 Dr. Peter Sultana is a board-certified family physician. He graduated from Case Western Reserve University School of Medicine in 1996. He… read more
END_OF_DOCUMENT_TOKEN_TO_BE_REPLACED