Chick Lewis shares his story of incredible healing, throughout many parts of his body, some hoped for and others surprising, after fasting at TrueNorth Health Center for 37 days. 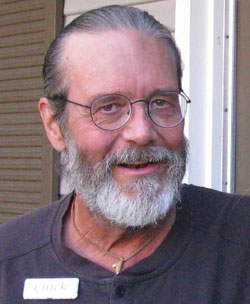 My Lady-friend, Donna, her sister, Dianne, and I have been water-only fasting for 37 days so far, and are seeing big health benefits, and very few downsides. I came along for the journey mostly to support the ladies, as they have more serious health issues than I, but I expected to decrease blood pressure and weight.

However, I have already experienced a long list of benefits, from the ridiculous to the sublime, which I NEVER expected.

Blood Pressure: My average systolic blood pressure (I’ve never taken BP meds) has dropped from 145 to 115. Again, when I start re-feeding, it will go back up a bit with additional salt. However, Donna and I have now committed to graduate from “vegan-no-oil” to “vegan-no-oil, no salt, and no sugar.”

Weight: Folks here at TrueNorth Health Center stress that the fasting program should NOT be thought of as a weight-loss program, and I agree. However, I am down 56 pounds now and expect a few more before the end of the fast. This is great, and very welcome, since in spite of our clean eating habits for the past four years (rigidly vegan, no-oil, super low-fat), after initially losing 85 pounds, I had stalled in weight loss for the past two years.

(Note that I will immediately gain 10 or 20 pounds of that 56 back when I get a little more salt back in my system, the muscles restock themselves with glycogen, and the fiber returns to my gut.)

Breathing: Only two weeks into the fast, I realized that, for the first time in 30 years (!) I can again fill my lungs completely!! This is HEAVENLY! I had imagined that getting older (I’m 66) just naturally meant you could no longer completely fill your lungs. But no; it was caused by difficult-to-shift visceral fat (inside our abdomen and ribs) that was packed in there, taking up the space my lungs needed to expand. I am just thrilled! I vow that that my visceral fat will never come back.

Sleeping: I have suffered from very severe sleep apnea for 25 years, but my Constant Positive Air Pressure (CPAP) machine does a great job of keeping my windpipe open at night. I use it religiously. During my third week of fasting, I fell asleep comfortably in bed for a long nap after forgetting to put on my CPAP mask. This is unprecedented and amazing!

Sinuses: I generally awaken with clogged and gunky sinuses. After the second week of fasting, I noticed that my sinuses are completely and utterly clear, 24 hours a day. Wow, I do not understand it, but I am not complaining.

Urination: For the past three years or so, my urination has resembled a slightly leaking, drippy faucet. Diagnosis is enlarged prostate, which is very common in aging men; annoying but not crippling. Since my second week of fasting, I have been able to urinate in a steady, solid stream again. This also is HEAVENLY! Apparently my “enlarged” prostate was actually an inflamed prostate, and the inflammation is now gone. I am so happy about this I can’t really express it in text.

Shoulder Injury: Thirty years ago, my left shoulder suffered a torn rotator cuff. It really doesn’t limit my range of motion or activity, though it causes discomfort when I work out. But when I lie on my left side, I can only remain there for 5 to 10 minutes before the ache makes me roll to another sleeping position. The second week of the fast I awoke at midnight, after sleeping on my left side for 3.5 hours, with no ache!! How is this even possible? What is the mechanism? How can fasting ameliorate ancient problems like this? I don’t claim to understand it. I never expected this.

Itching: This is a weird one. For the past 30 months or so I have had a very itchy spot on my back, under my shoulder blade, where it is very difficult to reach. It itched continually, day and night. I purchased back scratchers and positioned them all over Donna’s house and my apartment so that one would always be in reach when the itching became unbearable. I even brought one here to TrueNorth. During the fourth week of fasting, I realized I hadn’t used the back scratcher, as my back didn’t itch one bit. Wow, how can this be? I shake my head in silent amazement.

Cold Sores: I have had cold sores appear sporadically most of my life. They show up on my lips, starting as a subcutaneous lump, progressing over three or four days to an open, weeping sore, and then drying up and vanishing over another eight to ten days. Their big disadvantage is that I don’t get to kiss Donna again until ten days after they dry up. Only two days after the start of my fast, I felt the tell-tale little lump in my lip, and reported it to Donna. However, it never developed, going away before ever progressing to the open-sore phase. Mind you, this one is completely speculative, and may just be a coincidence. However, the docs here say it is possible that my immune system, in taking care of all of my body’s deferred maintenance, turned its attention to the cold sore and shut it down.

Arthritic Knees: Both of my knees were destroyed by football injuries in my youth, and the best treatment at the time was the complete removal of my cartilage meniscuses. The surgeon warned me that I would certainly have lots of trouble with my knees later in life. I was very lucky, and the scar tissue which replaced the cartilage between the leg bones acted as an excellent pad and shock-absorber until about four years ago, when I started favoring my left knee due to discomfort in the joint. The pain increased and was soon partly matched in the right knee. Lately, I had been taking stairs one step at a time, always using my right leg as the “flexor.” X-rays show that both knees are now bone-on-bone. Discomfort became so extreme during our South Pacific journey earlier this year that I had to use a cane for part of the trip. Here at the fasting center I had hesitantly agreed to go off of my self-prescribed sodium hyaluronate injections (they really helped with my knee discomfort). A few days ago, on zero knee meds, I went up and down a flight of stairs for the first time in five or six weeks. There was no pain in either knee, and coming down I had no discomfort in leading with either leg. I just walked down like a normal person instead of a crippled old man. Yowee, let me tell you, that was great!!! This is certainly at least partly due to the missing 56 pounds of Chick, but I feel it must be much more than that. Time will tell.

Some of the above is, admittedly, speculative, but most of it is demonstrably real, and cannot be placebo effect. Overall, the benefits are, in my opinion, amazing. I really REALLY hesitate to use the word "Miraculous," but, try as I might, I have been unable to find another English word that better fits the data.

Love and affection to all of you who have read through to the end. 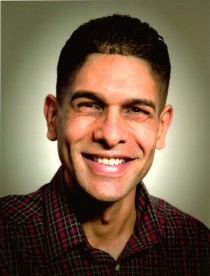 Dr. Antonio Soler is a caring physician with over 12 years of clinical experience in Primary and Urgent Care Medicine, Occupational… read more
END_OF_DOCUMENT_TOKEN_TO_BE_REPLACED