This article originally appeared in the Spring 2016 issue of Health Science magazine, the member magazine of the National Health Association.

After exhausting all possible medical and drug therapies, Christina Gore discovered that water fasting was the key to resolving her 16-year headache. 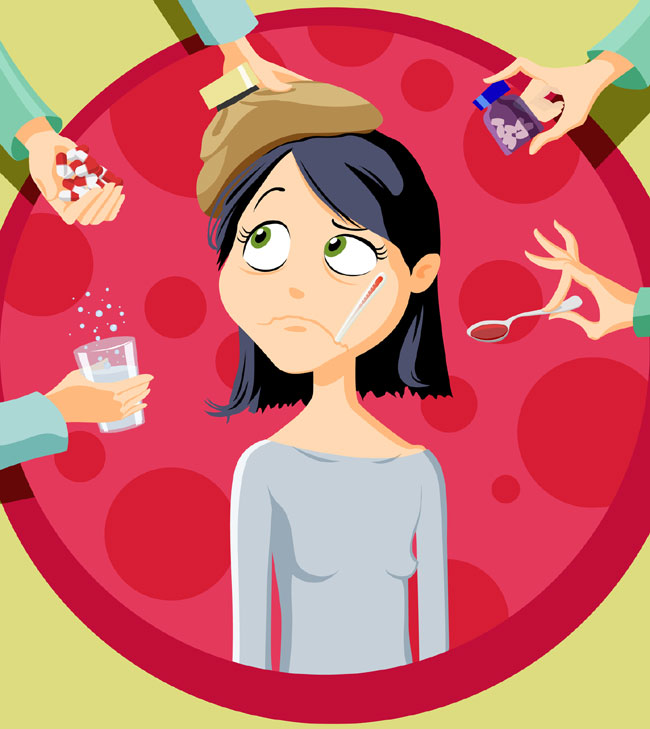 On July 3, 1994 I suffered a head injury. When I regained consciousness I had a headache. No one was surprised about that. The problem was that the headache didn't go away. I began to see neurologists to find a way to get rid of the pain.

At the time I had been practicing dentistry for 14 years and was running a busy practice. I didn’t have the time or energy to deal with a never-ending headache. It was essential that I find a solution as soon as possible. Unfortunately, that was not to be.

Finally, after a year of seeking a solution, one neurologist said, “I have good news; we know what's wrong with you, and you’re really lucky that this happened to you this year and not a year ago.” He proceeded to tell me that up until a year ago they didn't know about this issue. They saw people like me who had injuries that were somewhat serious but not debilitating. The patients appeared to be fine, but would continue to complain about having a continuous headache—all of the time, every minute of every day.

He explained that my head injury caused my dura mater to become inflamed. The dura mater is a fibrous covering over the brain and spinal cord. The inflamed dura is why I had a headache all of the time. The good news was that I now had a diagnosis, but the bad news was that doctors had no idea how to treat it. My neurologist told me that I might have a headache for a year, five years, or even ten years. And in a small percentage of people, he told me, the headache never goes away. I visited with other neurologists and was told the same thing.

Since there was no standard treatment, they would sometimes offer me prescriptions that usually were meant to treat other health problems. The first time this happened, the neurologist I was seeing at the time offered me a prescription for epilepsy. When I reminded him that I did not have epilepsy, he told me he knew that but that the prescription had been reported, on occasion, to reduce headaches in people. This is called off-label drug usage (OLDU). Usually, OLDU involves prescribing currently available and marketed medications for an indication (a disease or a symptom) that has never received FDA approval. Feeling desperate, I tried the prescription but, unfortunately, it was no help, and the only change in my situation came from the unwanted side effects that the drug caused.

My life became a series of visits to neurologists who would recognize my problem but had no solution for it other than, perhaps, the recommendation of yet another prescription to be tried in an off-label manner. I also tried some physical modalities to alleviate the pain, including acupuncture, acupressure, massage, and cupping. One doctor told me that if I exercised enough I might make enough endorphins to get rid of the pain. Unfortunately, none of these proposed solutions worked.

In early 2010 I was reading a blog, and the author mentioned that he was going to visit his friend at a vegetarian health clinic. Just out of curiosity I clicked on the link to the health clinic to see what it was all about. I wasn’t even thinking of myself and my headache at the time, I was just curious.

As I began reading, I realized that almost every health problem they were discussing was inflammation-mediated. This is what I was told I had: an inflammation of the dura. I wondered if there was any chance that the doctors at this health center could help me.

The vegetarian health clinic the blogger was referring to was TrueNorth Health Center. I called the center and had a phone consultation with Dr. Michael Klaper. We had a very good conversation, but I must admit that at the end of it he was not very positive about being able to help me. Just before the conversation ended he asked me if I had undergone a recent MRI. I told him that I had. We made arrangements to have a second phone consultation after he looked at my MRI.

I am sure that after our first conversation he expected to see a lot of problems in the MRI. So, I will never forget what he said at the beginning of our second phone consultation, after having looked at the MRI: “Wow, you're not nearly as screwed up as I thought you'd be.”

We had another good conversation, and this time I had two questions: (1) had he ever treated a patient with this particular problem, to which he said no, and (2) if he thought this fasting thing would work. He said he had no idea, but that I might have a chance.

I made an appointment to have a phone consultation with Dr. Alan Goldhamer, the director of TrueNorth Health Center. We had a great conversation. He was very generous with his time, explained the ins and outs of fasting, and answered all of my questions. I asked him the same questions I asked Dr. Klaper: (1) have you ever treated anybody with this problem, to which he said no, and (2) do you think this might work for me and make my headache go away, to which he said he didn’t know but thought I might have a chance. 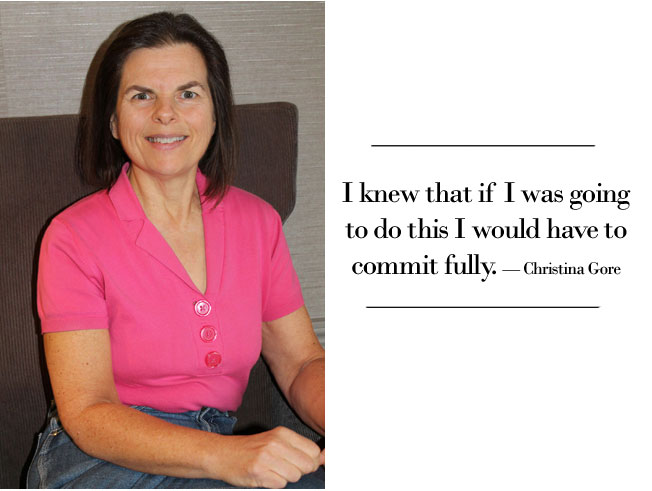 All of the neurologists I had visited had never given me any hope for a cure. I didn't want to be 90 years old someday with a terrible headache and wonder, “What would've happened if I had gone to TrueNorth all of those years ago?” I asked myself the question that I always ask when I am facing a big decision: “What is the worst thing that could happen if I do this, and can I live with that?”

What I had read about fasting so far had taught me that during a fast your arteries start to clean out. So I thought the worst thing that could happen is that I would still have a horrendous headache at the end of it, but at least I would have cleaner arteries.

Committing to a Fast

I arrived at TrueNorth on May 12, 2010 and ate there for six days to prepare my body for a water-only fast. I ate a 100% (raw and cooked) plant food diet simply prepared without any salt, oil, sugar, or gluten. I started to fast on May 18, and absolutely nothing happened. There was no improvement in my condition at all. This continued for many days.

Then on day 19 I woke up and I thought, “Oh my word, something is wrong.” It was scary, something was definitely wrong, and I did not know what it was.

It took me about 60 seconds to realize that, in fact, nothing was wrong, but that something was right, and different: I didn't have a headache. After 16 years of continuous pain, I had a pain-free five minutes. And then the headache came back. It was the most exciting day because I realized that my headache was treatable.

I continued the water fast, and every morning I would wake up wondering, “Is it still gone a little bit?” And every morning I had a little more pain-free time. And just as exciting was that during the rest of the day while I still had a headache, it was not as intense.

When I first got to TrueNorth the doctors asked me, “On a scale of one to ten what is the intensity of your pain?” My answer was a six to an eight all of the time, and on occasion I had pains that just stopped me in my tracks, and those I would count as a ten on the pain scale.

It got to the point where there would be time in the morning that I would have no pain, and in the afternoon it would be down to a two or, on really good days, it was down to a one. That was manna from heaven for me. So, of course, I continued to fast.

When I first arrived at TrueNorth they asked me how long I intended to fast. I was so new to fasting I had no idea that as the patient I could choose how long to fast. I just thought you fasted until you got better, or until the doctors told you to stop. I had three answers to their question: (1) until the headache went away or, (2) until I physically couldn’t fast anymore, or (3) until all of the doctors told me that I had to stop for my safety.

I kept fasting day after day. On day 41 I had no headache all day long. And that night I thought, “I really want to stop doing this.” I was just tired to my bones. I have been ill, worked hard, pulled all-nighters at school, and yet I had never felt so tired in my life.

Before I got to TrueNorth I told myself that if this headache goes away I would fast five more days after that, to make sure to bury it. I had a long conversation with myself that night going over the pros and cons of continuing the fast. At the end of that conversation I came to the conclusion that I was ready to stop.

So that was two conditions met: no headache and I was ready to stop. The doctor came in the next morning and went through her usual round of questions, and after her exam she said, “Christina, it's time for you to stop.” That was the third condition. I didn't have a headache, I was ready to stop, and the doctors told me it was time to stop. That was on June 27, 2010.

As can happen with some difficult health conditions, during the refeeding process after a fast some symptoms can return. That happened to me. Two months into the refeed I was having some occasional head pain, although not nearly as severe as before. I asked Dr. Goldhamer about the advisability of doing a second fast. He thought it would be a great Idea.

I had hoped to start the next day, but Dr. Goldhamer said that I should eat for six months so that I could rebuild my nutritional reserves. Six months to the day after finishing the first fast, I started another 40-day fast, followed by the refeeding process. By the end of that time I was headache free. And I am happy to report that I have not had a headache since.

Many people have asked me why or how the fasting worked to get rid of my headache. Although we know water-only fasting can be helpful for many health problems, not enough research has been done yet to determine exactly why or how it works. A recent article by Valter Longo, “Fasting: Molecular Mechanisms and Clinical Applications” (Cell Metab 2014; 19:181-192) discussed the following health-promoting biological changes that can occur during fasting: ketogenesis, decreased oxidative stress and inflammation, hormone modulation, increased stress resistance, lipolysis, and autophagy. Any one or a combination of these likely led to my now headache-free life.

My time at TrueNorth Health Center was truly life-changing, and I thank all of the many people there, doctors and staff alike, for helping me get rid of my 16-year headache. 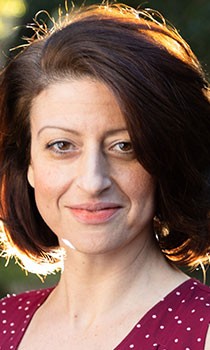 Dr. Faye Alexandrakis has always been fascinated and inspired by the complexity of the human body; her keen interest in movement and… read more
END_OF_DOCUMENT_TOKEN_TO_BE_REPLACED