Gabrielle Fennimore tells her story of how she resolved her ulcerative colitis with a clean diet. 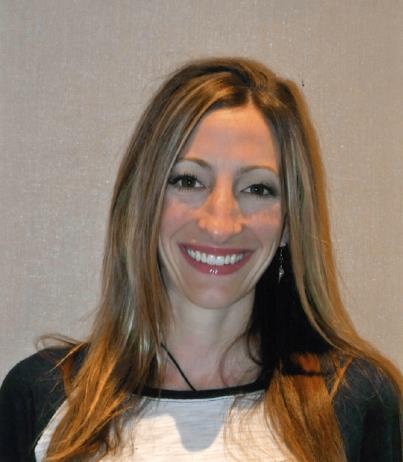 I am a “foodie,” both by nature and nurture. Born with a passion for food, I’ve relished eating out in upscale restaurants, trying new creative animal protein-based creations, enjoying eight-course meals through the holidays, and treating myself to all-you-can-eat sushi weekly. For me it has always been about “living to eat” rather than “eating to live.”

Food has been tied inextricably to social time with family and friends, in addition to forming bonds with new acquaintances. It's not just about the amazing flavor that specific foods bring to my palate, but the camaraderie that forms among those around me with whom I am sharing a meal. The comforting taste of rich foods also provides a sense of home and security.

As a child, I ate well. I steered clear of junk food and received plenty of praise for consistently finishing my adult-sized meals. But following most of the dining experiences, which I look back on with such revelry, I suffered intense stomachaches that left me in pain on the couch for hours. I would stay curled into a ball until the pain subsided. Doctor visits offered no relief, but as I mentioned, I’m a foodie and foodies eat delicious meals. And so I continued.

Ten years ago, overwhelmed by the stress from dental hygiene school, my abdominal pain grew worse. My 8-10 daily loose bowel movements were all that would relieve the twisting pains in my abdomen, a situation that interfered with my physical activity and social life to say the least. I shrugged the whole situation off as anxiety until mucus and blood accompanied the stool. Ultimately, I was diagnosed with ulcerative colitis. Doctors informed me that stress, not my diet, had caused the symptoms to worsen. I was relieved when they told me that as long as I took the medications they prescribed, I could continue to eat all of my favorite foods and live a normal life. Though I’m not a big fan of pharmaceuticals, I followed their advice.

For the next nine years, I took mesalamines (nonsteroidal anti-Inflammatory drugs). When I’d suffer a flare-up, they would move me from one drug brand to another, occasionally tossing steroids into the mix. I experienced diarrhea and mucus with trace amounts of blood but, thankfully, I felt little pain. I was told the meds were the only way to go, and given that I generally felt fine, I stayed the course.

Multiple colonoscopies showed that my condition was worsening, and my doctor suggested that I take an immunosuppressant. I held off, but the pain increased and I began to bleed heavily with every bowel movement. Eventually I was in constant pain, and getting through the work day became a real challenge. The pain was so taxing that I lost the drive to dine out or even hang out at a bar with friends. Even the smell of delicious food would occasionally send my gut into spasm. I watched as the fun disappeared from my life.

Watching me weaken, my gastroenterologist pleaded with me to go on azathioprine, an immunosuppressant with known side effects like increasing susceptibility to the flu and increasing the risk of lymphoma. He insisted it would help me feel better and avoid the need for a colectomy. But I resisted, searching desperately for an alternate solution.

I met with a nutritionist in New York who had helped many patients with Crohn’s disease and ulcerative colitis simply by changing their diet. He put me on a diet that was free of wheat, soy, corn, and beans, encouraged me to eat low-fat foods except for grapeseed, coconut, and avocado oils. I was able to follow his recommendations, but always felt famished. To feel full, I found myself dousing potatoes in grapeseed oil and eating increasing quantities of meat.

The diet seemed to help at first, likely because I was no longer eating at restaurants; but I never got complete relief. Then suddenly, I experienced an even worse flare-up than before beginning the diet, and my CRP, a marker of inflammation that should hang in the 1-3 range, jumped from 5 to 7.9. My health was deteriorating, I no longer enjoyed social events and concerts due to incessant bathroom trips, and I felt frustrated and depressed by my lack of progress. It hit me hardest when family and friends started commenting on how thin I looked and that I seemed to have lost my joie du vivre.

A Dietary Approach to Healing

One particularly bad morning, my employer, a dentist of extraordinary talent and unbridled generosity, presented me with the book The China Study and introduced me to Dr. McDougall’s low-fat, whole-food, plant-based diet. I was skeptical of yet another diet, but after reading a bunch of testimonials from ulcerative colitis patients who found relief on this plan, I decided to give it a shot and took a leave of absence from work to attend the McDougall 10-Day Live-In Program.

Hopeful as I was, my symptoms worsened on the program. My colon appeared too damaged to eat any of the delicious food they served. When my CRP skyrocketed to 14, my attending physician, Dr. Anthony Lim, transitioned my diet exclusively to a blend of zucchini and squash soup. Slowly, the pain and bloody diarrhea subsided. Ten days wasn’t nearly enough time for my body to heal completely, so I transitioned to TrueNorth Health Center, also in Santa Rosa, California, where Dr. Lim continued my care.

After 10 days at TrueNorth, for the first time in years, I went an entire day with only solid bowel movements! The team then tapered me off of my medications and slowly reintroduced new foods that wouldn’t trigger symptoms. My progress, alongside the emotional support and encouragement I received at TrueNorth, kept me on course as my body healed. After one month at TrueNorth, I returned home with a few meals I knew I could eat without experiencing a flare-up.

During the next three months, I continued to practice the techniques I learned at TrueNorth and followed the exclusively whole-food, plant-based diet free of added salt, oil, and sugar that they recommend. There are now over 15 foods I know with confidence I can eat without any problem, and that number continues to grow as my healing progresses. I’m getting stronger every day, and meal time, which was once loved and more recently feared, is becoming an enjoyable time again.

My doctor at home in New Jersey had been very skeptical about my choice of healing methods, and had anticipated starting me on another medication, Humira. But when he recently checked my CRP levels (once as high as 20), he personally called me with the results. He asked me what in the world I was taking; my levels had fallen to 1.3. In the 10 years since my ulcerative colitis diagnosis, my CRP had never fallen below 5. To make a long story short, I told him, "It’s the food!" 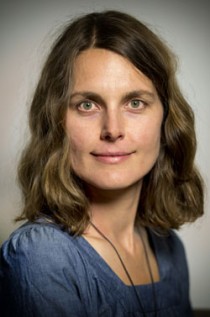 Dr. Toshia Myers is a research scientist with more than 15 years of experience. She became fascinated with cellular biology during her… read more
END_OF_DOCUMENT_TOKEN_TO_BE_REPLACED