Steve Bernstein describes how he discovered at age 60 that there’s more to health than being vegan, after learning about nutrition and doing a 15-day water fast at TrueNorth Health Center. 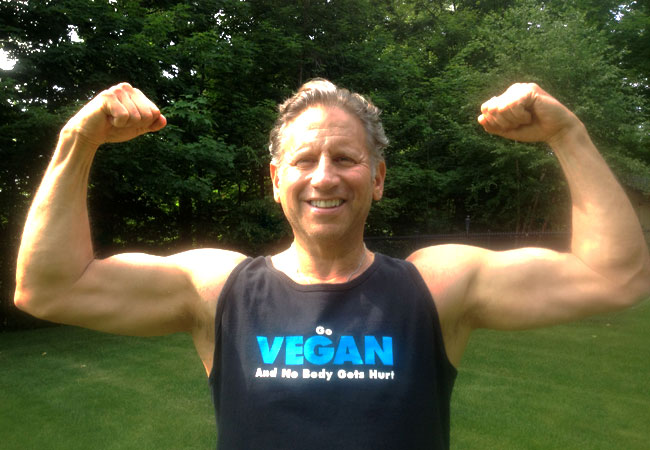 Thirty years ago, a friend of mine invited me to an animal rights meeting. I learned about the atrocities committed by humans against sentient beings for food, entertainment, clothing, and experimentation. I became a vegetarian that day and a vegan within one year.

This led me to become an activist, a humane educator, a presenter, and a writer and speaker on the subject of the plight of animals at the hands of humans. It satisfied a very deep-seated desire for me to be the best human I could possibly be. I vowed to live a cruelty-free life to the best of my ability. But what I didn’t know—even though I was always the most health-minded and devoted vegan at the table—was that in spite of never letting an animal product enter my body, I was getting sicker and sicker.

I was one of those vegans who really thought he was on the right track. I became part of the movement that espoused a vegan lifestyle that ingested vegan garbage. My thinking went something like this: “It must be okay if it’s vegan,” and “No one was hurt or killed in its production.” Well, that may have been true, but it was hurting me. My blood pressure and cholesterol were high, I was walking around with excess weight, and more importantly, I had a painful, pre-cancerous stomach condition.

I was a tradesman, an athlete, and an extremely active man all of my life. I even considered myself to be fit. I took cues from people around me who would tell me I was in such good shape for my age, and that I looked good and was fit. Well, as they say, it’s all relative. Everything I was doing, from exercising to finding a spiritual path to not eating animal products all those years probably kept me alive, along with luck, genes, and whatever that mysterious force is that goes beyond. I dabbled in macrobiotics along with conventional mainstream therapies, but I still couldn’t beat the medical issues I was experiencing. (I avoided going to conventional medical professionals unless it was an emergency.)

My doctors wondered how a strict vegan like me could have these issues, and mandated that I take medications for my blood pressure and cholesterol. I also looked for relief in the form of antacids and proton pump inhibitors for the stomachache, as well as various so-called natural supplements for everything else. Nothing worked. When the pain got so bad I was given an endoscopy; and sure enough, I was close to developing cancer in my stomach. They called it “Barrett's esophagus,” which is an extremely advanced form of acid reflux where the esophagus begins to erode.

The pain was at times excruciating, and the rest of the time, barely tolerable. According to the doctors and gastroenterologist, I would be taking Prilosec for the rest of my life, until this thing kills me. I did that for about a year, and it made me sick. And while the stomach pain did lessen, my digestion was, understandably, severely compromised.

My stomach issues eventually manifested into several major and minor bouts of pancreatitis. I had about 15 attacks, and one episode had me crawling to the emergency room where they kept me in ICU for 10 days until the symptoms abated. The doctors said the pancreatitis was “idiopathic.” I soon found out that idiopathic basically meant that nobody knows why I was sick. I could live with that, as I didn’t want medical involvements in my life anyway. So I took it upon myself to live as cleanly as I knew how, which was still miles beyond just about anybody else. Or so I thought.

A close vegan friend of mine strongly urged me (not for the first time) to seek advice from a woman named Brenda Davis, a renowned vegan nutritionist, author, and coach for people struggling with health issues. Her approach is to adopt a balanced and healthy vegan diet. I emailed her and described my situation at length. Graciously, she complimented me on my determination and attempts at good health and a cruelty-free lifestyle. She also referred me to Michael Klaper, M.D. and Alan Goldhamer, D.C. at TrueNorth Health Center in Santa Rosa, California.

When I started reading up on TrueNorth and its staff and mission, several things occurred to me. First, I had my memory jogged when I looked up Dr. Klaper and watched his videos. Over the years, as a humane educator and animal rights activist, I had the pleasure of witnessing one the most genuine and gifted presenters at several vegetarian and animal rights conferences. His name was Michael Klaper. During his presentations I so wished that somehow he could be my doctor. His manner was direct, clear, compassionate, and loaded with facts. He talked about personal health as well as the health of the planet and animals. Couple that with the most thorough knowledge of health and the human organism imaginable, and you have, in my view, the consummate healer.

Dr. Goldhamer, the founder of TrueNorth, meant business, was blunt in conversation, and clearly was an expert in his realm. I really liked him, and know that to make a point in this world, leaders like him have to be direct. Dr. Goldhamer would say things like, “Mainstream food is not food, it’s junk; worse, it’s drugs.” and “Why would you want to consume mucus, antibiotics, and bacteria from the secretion of a non-human, and call it milk? Does any other creature ingest the milk of another species?” It all made sense to me. I already got this message, years ago. And I still wondered: “Why am I sick?”

Soon after arriving at TrueNorth, I started to realize and feel the benefits of the very simple approach to health that they teach. The self-directed path I had been on was askew. You could say it was off by a couple of degrees (in terms of a compass)—couple of degrees for 30 years! When I was 30 years old, 30 years ago, those couple of degrees made me and kept me unhealthy. I bought into the food industry’s propaganda campaigns about so called “healthy, processed vegan food.”

I continued to listen to my TrueNorth doctors, albeit with skepticism, when they started talking to me about doing a two-, three- or four-week water-only fast. Intrinsically I understood, and was even excited, about giving my system a rest through fasting. I always wanted to fast but just couldn’t get beyond the first day. But my ears perked up when Dr. Klaper explained how the body wants to be healthy and how it naturally wants to rest and heal if we would only let it.

In January of 2015 I embarked on a 15-day, water fast followed by a juice fast for a day. And then I began eating a nutritious, salt-, oil- and sugar-free, whole-foods, plant-based diet. Granted, the first few days were tough. Not impossible, just tough. Not having that sensation of something in your gut and not regulating your life around meals was the bulk of the toughness. But, with all of the wonderful staff checking on me twice a day, the simplicity of life at the center, and the lovely patients I was fortunate to meet, I literally breezed through the first three days of fasting (the hardest for most) without much difficulty. On day four I was in a new zone. Food did not interest me, and I was even going to cooking classes!

My body was as gentle as my mind. I felt lighter in all ways. In a sense, I felt more alive than ever before. I believe I could feel myself healing. And, sure enough, all of my bad numbers were reversing, and reached normal levels by the time I hit day 10 of my fast. I lost 20 pounds, which was nice but not a big deal to me other than now my pants fit better. However, I soon realized that walking around with that extra weight was contributing to my health problems. I felt better and more peaceful than I ever had in my entire life. I also experienced what I call euphoria on day 10. I was completely lucid and had all my faculties, but an almost spiritual sense of well-being came over me, and into me, that in many ways is still with me seven months later.

Before coming to TrueNorth I was a healthy looking, fit, strong guy who was vegan miles ahead of virtually everyone around me; and now, here I was truly healthy after my water fast. I was now miles away from the vegan I used to be who ate Oreos, potato chips, fried dough, soy ice cream, and fake baloney.

While at TrueNorth I met fascinating and fabulous people, from the wonderful, thoughtful housekeeping staff to the yoga teachers and the chef and cooking teachers, all the way to the interns, medical staff, and doctors. Dr. Klaper and Dr. Goldhamer will forever be my mentors, inspiring me on my path to excellent health.

Capitalism, the power of advertising, and the notion that vegan equals not only compassionate but healthy, is killing us; at least the “us” that I was part of, made up of people conscious enough to get rid of animal products but not smart enough to know how to achieve true health. Salt, oil and sugar became tantamount to drugs for me. Now I understood. TrueNorth set me straight, as its name implies.

Today, after seven months of tweaking my diet within the endless array of bounty available in the plant-based, whole-foods kingdom, I find myself the strongest, fittest, healthiest and happiest I have ever been. In essence I did find my TrueNorth. I found and continue to find it one meal at a time as I practice this approach of a salt-, oil-, sugar- and processed food-free, plant-based, whole-food diet. I am the me that I was born to be: fit and healthy and feeling great at 60 years old. Oh, and by the way; some time around day 10, my stomach pain went away and never came back. 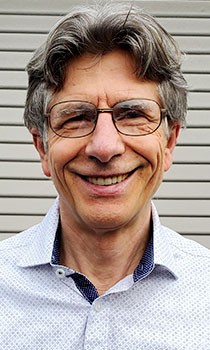 Dr. Linzner completed his undergraduate training at the California State University, Los Angeles. He then went on to graduate Magna… read more
END_OF_DOCUMENT_TOKEN_TO_BE_REPLACED