Separating the Facts from the Myths

Speculation about longevity, aging, and rejuvenation has flourished since antiquity.

Most of us have heard of the myth of Shangri-La, where people live for a thousand years, free from all earthly ills, in a land of perpetual sunshine. This is just one example among many.

People in all places in all times, including our own, have woven facts, fantasy and fallacy into the theories of longevity that come down to us not only in folklore and mythology but also newspapers, books, and on the TV screen. It is important that we be able to intelligently separate the accurate, useful information from the inaccurate, exaggerated and distorted.

Many interesting claims about longevity can be found in ancient writings. In the book of Genesis, Adam and six of his direct descendants are said to have lived for more than 900 years. The oldest, Methuselah, was said to have lived 969 years.

In more recent times there have been tales of people living extremely long lives in primitive and mountainous regions of Pakistan, Ecuador, and Russia. These areas include the province of Hunza in northwestern Pakistan, the isolated village of Vilcabamba in the Andes Mountains of Ecuador, and the district of Abkhazia in the Caucasus Mountains of the USSR

These areas have been the targets of extensive scientific studies by many investigators. In 1978 an international convention was held to examine all the known information about these modern-day Shangri-Las.

It was revealed that all three areas have much in common. Life involves hard physical labor. The diets (by Western standards) are low in calories, protein, and fat. And the aged continue to be active and respected members of their communities into advanced age.

But careful scientific evaluation of physical and biochemical parameters revealed that the age of individuals living in these areas was significantly exaggerated. A study of more than 500 individuals claiming to be between 120 and 170 years old revealed that all were in fact under 108 - and most were in their 80s.

In 1959, for example, the famous super-centenarian Vakutia had deserted from the Army in World War I and, with forged documents, had assumed his father's name. He was actually only 78 years old. In many areas it was common practice to assume the identity of one's father or even grandfather to avoid conscription into the army.

Life extension has always been a much-desired goal, but the concept of a longer life without the preservation of health is repugnant. The fear of infirmity is found in legends past and present.

The Greek legend of Eos and Tithonus is a good example. The goddess Eos asks Zeus to give her mortal lover Tithonus eternal life. Unfortunately, Eos forgets to also request eternal youth for him. Needless to say, she is less than pleased with the outcome.

Life extension has become a popular term used to include two related but entirely independent concepts. The first relates to the extension of maximum life span. The second relates to an increase in the functional years of life. If life extension meant merely to extend the period of time in which a person suffered infirmity, it would have no appeal.

There are two fundamental reasons to seek advanced age: (1) You are currently doing something with your life that gives it great meaning and satisfaction, or (2) You would like to have some more time to have a chance to. Clearly, longevity has no value unless it is accompanied by a great love for and a great enjoyment of living.

So, when we explore the possibilities of life extension, we are essentially looking for answers to two basic questions: How long can we live? And how well can we live?

An increase in the functional years of life refers to the number of years an individual can survive and maintain a high level of physical and mental function. In other words, extending life by slowing down the aging process.

In order to examine these two major aspects of life extension, we have to define some commonly used but often misunderstood terms.

What makes life expectancy go up?

At first glance it looks like people are living 20 years longer now than in the past. But this figure is misleading because it is just an average. It could mistakenly lead you to think that in 1920 most people lived to approximately 54 years of age and that now they live to approximately 74. This is not the case.

Adults are not living 20 years longer now than they did in 1920. In fact, adults today live little longer than they did in 1920, which is before the development of the powerful modern medications that are often credited with life extension. What has dramatically improved is our chance of surviving to 60.

Mark Twain proclaimed that, "There are lies, damn lies, and statistics." Surely he is not alone in the conclusion that statistics don't lie, but liars use statistics. The statistics commonly used to describe "advances" in the area of life expectancy are misleading, at best.

People are still dying prematurely, compared to what is believed to be our genetically determined maximum life span. But what we are dying from has changed greatly.

Acute disease processes, such as tuberculosis (TB), predominated in 1840. In 1900 the death rate from TB was 194 per 100,000. By 1925 it had dropped to half that number. By 1940 it had been cut in half again. By the time the drug streptomycin was introduced in the late 1940s, more than 90% of the TB cases had already been eliminated. Deaths from all acute diseases declined more than 98% in the first 80 years of this century.

Credit for the decline in TB and other acute disease processes cannot be claimed by proponents of modern medicine. The decline came about primarily because of improved housing, sanitation, nutrition, and other lifestyle measures introduced by the early hygienists, most of whom were disenchanted medical doctors-and other health reformers.

With the virtual elimination of acute conditions resulting in death, there has been a shift in the recorded causes of death. Today, chronic conditions are the predominant cause. Atherosclerosis, cancer, diabetes, arthritis, emphysema, and cirrhosis cause more than 80% of deaths and 90% of disability.

Obviously, any attempt at life extension must include a plan to delay, minimize, avoid, or eliminate these chronic degenerative disease processes. Since Natural Hygiene places emphasis on removing the causes of disease and on supplying the requirements of health, including the areas of diet, environment, activity and psychology (DEAP), it offers us the greatest plan and opportunity for a long and vital life and a chance to fulfill our full biological potential. 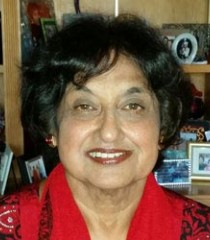 This article originally appeared in the Spring 2016 issue of Health Science magazine, the member magazine of the National Health Association. Sarita Bhola tells her story of how she went from 21 different health diagnoses to feeling vibrant and alive!
Read More