Thanks to countless millions of dollars in advertising, almost everybody thinks they need milk.

Over the past several decades, cow’s milk and its byproducts have come to be seen as an essential part of the diet of most Americans. Milk and milk products such as cheese, yogurt, ice cream, whey, kefir and butter have been effectively promoted by the United Marketing Plan with a budget in excess of $165 million a year. But this promotion hasn’t just been about advertising. Federal laws mandate that all schools will provide children with milk at each meal or face the loss of federal funds. Those responsible for this mandate have chosen to ignore the fact that up to 90 percent of African- American, 70 percent of Asian, and 15 percent of Caucasian children are unable to digest the sugar (lactose) in milk. Despite this and other controversies regarding health consequences, dairy consumption has steadily climbed since 1980. Half of all dairy consumption (per capita consumption currently exceeds 584 pounds per year) comes in the form of cheese, a super-concentrated form of health compromising saturated fat and salt. Of all the animals on the planet, people are the only creatures who routinely consume the milk products of other species. What has been assumed to be a beneficial practice is, in fact, more than merely questionable. The scientific evidence suggests that the consequences of this practice are devastating. It appears likely that no other component in the modern diet causes more pain and suffering, including premature death and disability, than dairy products.

There is compelling scientific evidence that our consumption of dairy products is strongly associated with the following conditions:

The Problems With Milk Are Numerous

2. Bacterial contamination – Dairy products are among the most common foods recalled by the FDA for contamination with bacteria such as salmonella, staphylococci, listeria, Ecoli 01573,and Mycobacterium paratuberculosis. Pasteurization kills most of the bacteria found in milk;however, in doing so, it creates viral fragments that may also be health compromising.

3. Biological concentration of toxins – All animal products, including dairy products,biologically concentrate the various poisons, including pesticides and other environmental contaminants. The resulting meat or milk products have highly concentrated levels of these toxins.

5. Antibiotics – Large quantities of antibiotics are given to dairy cattle and may be contributing to the increasing problems of antibiotic resistant strains of bacteria.

6. Gut leakage – Dairy proteins appear to be particularly well suited to stimulating inappropriate immunological reactions when they are absorbed through an inflamed intestinal mucosa, a process commonly called “gut leakage.” In vulnerable patients a variety of inflammatory processes are aggravated and may be associated with many of the disease processes listed above.

7. Environmental – The process of raising dairy cattle for milk and meat is a major user of fresh water and a leading contributor to both water and air pollution. Meat and dairy based diets are very hard on the environment.

8. Moral and ethical – Some people believe that the involuntary incarceration of sentient beings is morally repugnant and refuse to participate in a practice they consider immoral and unethical.

You can read the full article, by clicking on the file attached below: 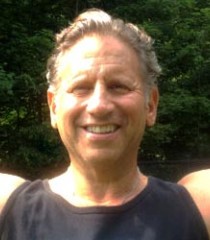