The effects of diet and lifestyle on health are notoriously difficult to ascertain. In order to begin to tease out patterns, researchers measure many variables in order to account for confounding variables (ie, factors that also correlate to the thing being studied).

To further make research more difficult, huge numbers of people must be tracked in order to get enough data to make meaningful analyses.  The Health Professionals Follow-Up Study has followed 51,529 middle-aged (age 40–75 y at baseline) male health professionals. That’s more people than live in my hometown! Using data from the Health Professionals study, the researchers from Harvard University found a strong, positive association between a low carbohydrate diet high in animal protein and fat and incidence of type 2 diabetes.1

The study used data from 40,475 participants who were free of type 2 diabetes, cardiovascular disease, or cancer at the time they entered the study. Every four years, the biannual questionnaire mailed to the participants included a section that assessed dietary habits. Based on the responses in the questionnaires over 20 years, the participant’s diets were scored on their carbohydrate, fat and protein content.  The study also measured differences in protein and fat sources - whether they were of vegetable or animal origin. 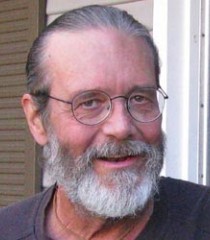