Resolving Corruption: How to “Reboot” Your Brain so that Healthy Eating is Preferred

Adopting a health-promoting diet in the modern world is among the most difficult challenges facing humans living in industrialized societies. In the world of our ancient ancestors, the biological imperative of life was getting enough to eat while avoiding being eaten. Most early humans were unsuccessful and did not live long enough to reproduce. The few that survived (our ancestors) lived exclusively on whole, natural foods. They never ate refined carbohydrates or processed oils because these artificially concentrated food-like substances did not exist.

Drugs like alcohol and cocaine create intense pleasure feelings by fooling the brain into producing increased quantities of pleasure-inducing neurochemicals, including dopamine. Eventually, the body becomes dependent on this artificial dopamine stimulation and the person must continue to use increasing quantities of these substances to avoid the pain of withdrawal. They have become addicted.

When we include these processed “chemicals” in our diet, including sugar (C6H12O6) or oil (C17H35COOH) we enjoy the resulting feelings that the production of dopamine induces. We become habituated. If we stop adding these substances, we may experience whole, natural foods as tasteless and unappetizing in comparison. Withdrawal symptoms may be similar to drug withdrawal symptoms, including headache, fatigue, nausea, joint ache, pain, irritability, etc. We have been caught in the dietary pleasure trap. We are addicts.

Unlike our ancient ancestors that usually died from deprivation and predation, modern humans increasingly suffer and die from the results of excesses associated with being caught in the dietary pleasure trap. The resulting obesity, diabetes, cardiovascular disease and autoimmune disorders make up the majority of the deaths and disability that plague humans today.

Alcoholics must struggle to avoid the use of alcohol, even when they realize their lives are being devastated by the consequences of their addiction. Even with the support of a 30-day, in-patient program, regular attendance at a 12-step outpatient program and family support, well over 70 percent of alcoholics will fail to quit drinking and sustain sobriety.

When it comes to the dietary pleasure trap, the results are even more startling. Over 97 percent of attempts to loose substantial weight and keep it off will fail. We live in a world that is designed to give us what we want (pleasure) not what we need (a health-promoting diet and lifestyle).

The majority of conventional medical care is aimed at treating the symptoms of diseases, particularly our chronic diseases associated with dietary excess. If you have high blood pressure and you follow your doctor’s advice, you will be guaranteed to never recover. You will be on the drugs for the rest of your life (however long that may be), as these drugs will not correct the cause of your high blood pressure. This is also true for diabetes, arthritis, asthma, colitis, and many other chronic conditions.

If your goal is to lose weight and keep it off, conventional medical advice fails. Some doctors have become so frustrated with universal failure that they give up and tell people to just accept themselves as they are, because achieving optimum weight and health can’t be done. Or, they may resort to drastic (and very lucrative) surgeries with all of their attendant problems and risks.

For the past 30 years the doctors at the TrueNorth Health Center have worked with over 10,000 patients, many of whom struggle with the dietary pleasure trap. Some start off unaware of what a health-promoting diet is and have been deluded into thinking that their lean meat, low-fat dairy products, sugar-free sodas, dark chocolate, sugar substitutes, such as honey or agave, and their red wine ARE health promoting.

Others understand that health is the result of healthful living, and that means eating a plant-based diet that is also SOS-free (free of added sugar, oil and salt) but they have trouble sticking to the program, given the temptations that they face each day.

The result for both groups of patients, regardless of their knowledge is the same: obesity, diseases of dietary excess, and premature disability and death. Both groups find that the more the dietary pleasure trap has ensnared them, the less appealing are whole, natural foods. Our work at the TrueNorth Health Center is focused on helping people overcome this trap and adopt a diet and lifestyle that will control and even reverse this process instead of just treat symptoms. It is not easy or simple, but it can be done, as the following examples illustrate.

When the program at the TrueNorth Health Center gained acceptance as a fully covered benefit of a major labor union, we admitted a crane operator who was a very large and rather gruff man. Almost 100 pounds overweight with a history of high blood pressure, diabetes, digestive difficulties and impotence, he questioned me immediately about the need for him to stay at our facility and undergo a period of medically supervised, water-only fasting. I explained that the combination of obesity, hypertension and diabetes increased his chances of dying.

He reminded me that “we all have to die sometime.” I reminded him that his deteriorating health had led to his use of eight prescription medications costing over $1,000 dollars a month. He countered that his union paid for his medications which cost him nothing. In desperation, I suggested that if the fasting and diet change were successful, there was a good chance we could get him off his medications and do something about his “little problem” he was having with “Captain Johnson.” When he looked up suddenly at the mention of his impotence problem, and I noticed that his neck was bigger than my thigh, I was worried I may have just poked an angry lion in the eye. He looked at me and said, “Well, why the hell didn’t you just say so.” He picked up his bag and checked into his room.

We tried to feed him a very nice plant-based, SOS-free final meal before starting the fast, but he was clearly having difficulty eating the food. I thought he might have an esophageal stricture from the difficulty he was having swallowing. With each bite his face cringed as if he were swallowing the most bitter and disgusting fare you can imagine. I sat down next to him and said, “It looks like you’re having some trouble eating.” He said, “This stuff is AWFUL! If I have to eat tasteless swill like this in order to get healthy, I would rather DIE!” He suggested that rather than guiding him through a fast, he would prefer that I just go out to his truck, bring in his 12-gauge and SHOOT HIM IN THE HEAD!

After almost three weeks of fasting, the loss of almost 40 pounds and the elimination of all of his medications, the time came to begin refeeding. This time he was able to chew AND SWALLOW his health-promoting fare. When I commented on his improved ability to eat and enjoy whole, natural foods, he suggested that our chef was FINALLY getting the “hang of it.” I told him it was the same food he had tried before. He vehemently denied that and said that the food I had fed him three weeks ago was tasteless swill, but this stuff was “not bad.”

He returned to work as a crane operator. Six months later I ran into him while I was doing blood pressure screening at a union health event. I asked him how he was doing. He said he had stuck to the rabbit food diet, had lost an additional 60 pounds, had used NO medications and, as he made a fist and held his arm up in an “erect” fashion, he assured me that he was doing “JUST FINE.”

Without the benefits of a fast, it would have been very difficult to get compliance with diet change. Improving health enough so that good foods “taste good” is a very powerful benefit of fasting. We call this change "taste neuroadaptation." It lasts as long as people keep eating well.

One sure sign that someone may need to consider fasting is when health-promoting foods lose their natural appeal. Patients caught in the dietary pleasure trap cannot fully enjoy (or in some cases even tolerate) the pleasure of eating whole, natural foods. For people who have the motivation and determination to stick to a vegan, SOS-free diet for long enough periods of time, many problems of dietary excess will begin to slowly improve. For those who are unable or unwilling to give up their addictions easily, or who do not respond quickly enough, a period of medically supervised water-only fasting can, in some cases, save their life.

Free phone consultation: If you would like to have a no-cost phone consultation with Dr. Alan Goldhamer to determine if a stay at TrueNorth Health Center might be helpful to you, go to the Center’s website at www.TrueNorthHealth.com and click on the "registration forms" button. Answer the health history questions and click "submit" and then call (707) 586-5555 ext. 2022. Dr. Goldhamer will help you evaluate your options.

How does our program work? 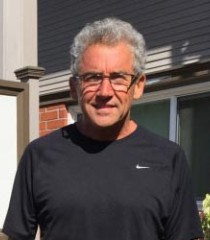 Robert Smith tells his story of conquering obesity, as well as saying goodbye to high blood pressure, high cholesterol, prediabetes, depression, and asthma. I was skinny as a rail in my twenties; so skinny that I consumed special drink powders to help me keep the weight on. I guess I should have read the fine print to see if there was a “delayed reaction” warning, because I became overweight in my thirties and then obese in my forties.
Read More