This article originally appeared in the Winter 2016 issue of Health Science magazine, the member magazine of the National Health Association. 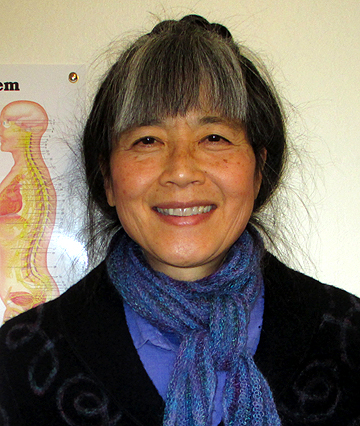 Gracie Yuen D.C. started seeking answers to her own health questions in the 1990s, including chronic respiratory infections, allergies, fatigue, and a genetic anemia. She read Fit for Life and started reading Health Science magazine cover to cover. Her own health turned around as she changed her diet, fasted, and rested. She then decided to obtain a B.S. degree in Nutritional Sciences from the University of Wisconsin-Madison, and went on to complete a Doctor of Chiropractic degree from National University of Health Sciences in 2010.  She has been working at TrueNorth Health Center for five years. She credits Divine Providence with leading her on this remarkable journey and bringing her where she is today.

Chronic pain is a nemesis that afflicts many people. Consider these scenarios:

What do these four individuals have in common? They all have a mysterious pain that remains long after having been to numerous conventional and alternative doctors and practitioners. They have tried everything they can think of, only to be left with their pain medications, which help some, but don’t get to the cause.

What they don't know is that there exists a very common but little known cause of pain that often lurks in the tissues and goes unnoticed during imaging or when lab tests are done. It has been studied and elucidated at great length by astute medical doctors of the past and present, but is largely neglected by the medical community of late.

This pain lurking in the tissues is not a serious condition, but it can completely hijack a life for long periods of time. Amazingly, it has a fairly straightforward remedy. When treated properly, the relief can be absolutely stunning.

Let's explore chronic pain and, specifically, the cause of this little known mysterious and enigmatic pain, and what can be done about it.

Click here to read the entire article as a PDF, complete with detailed charts.

Jason and Sarah Ramos lost half their combined weight on a plant-based diet. Below, they each share their own experience with dietary change and water fasting—and how this lifestyle brought them together!   JASON
Read More